It’s a twist on a classic style – and one Leona Lewis managed to fumble earlier this week.

But Victoria Beckham proved she was up to the task of wearing a cape-style trench coat today as she strut through Los Angeles International Airport.

The pop star-turned-fashion designer prepared for her flight to London in chic outerwear, stiletto sling-backs and oversized sunglasses. 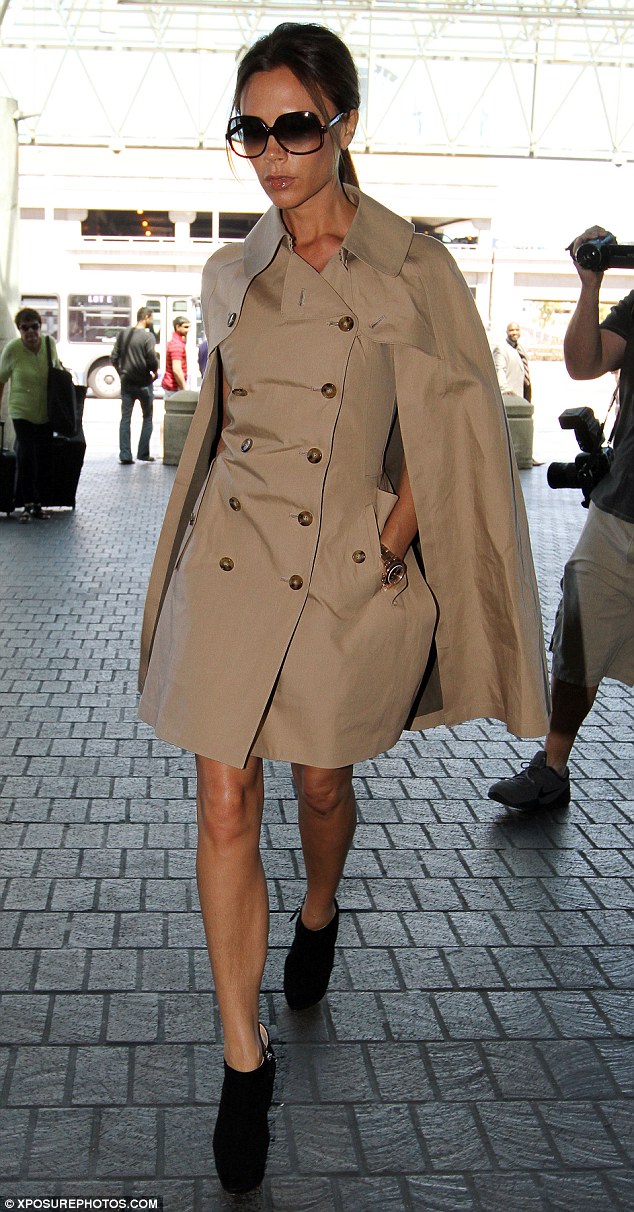 Striking: Victoria Beckham arrives at Los Angeles International Airport for a flight to London on Sunday

Victoria had earlier taken to Twitter to ask her fans their thoughts on her wardrobe for the day.

She wrote: ‘What is the weather like in London? I heard it was cold!!!! and rainy!! what should I wear? X vb.’

Who wore it best? Victoria wore a chicer version of the trench coat than Leona Lewis’ efforts on Friday 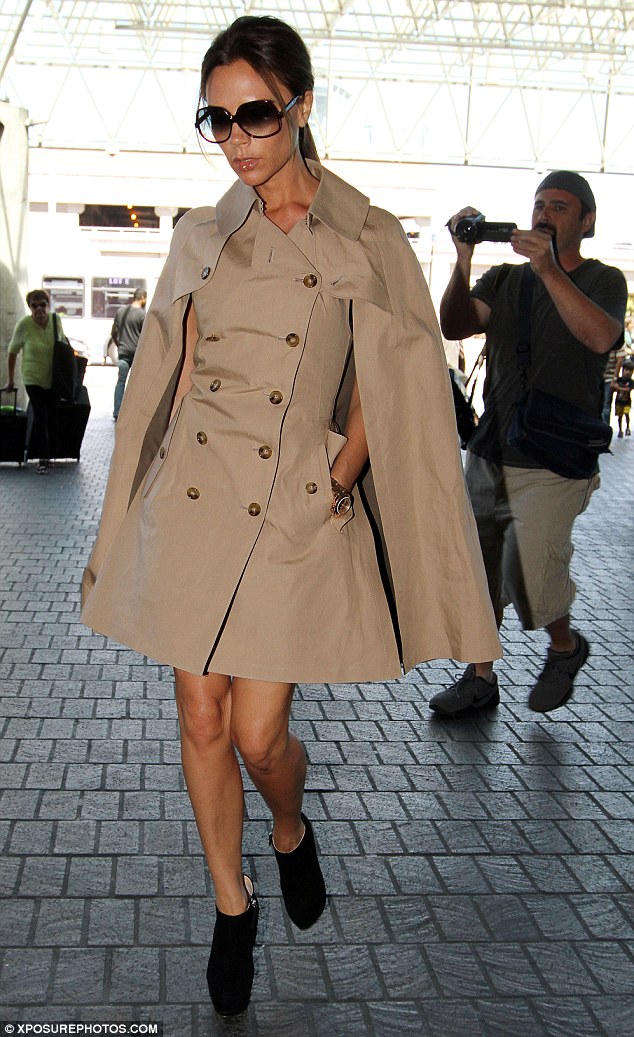 Rocking it: The star paired the overcoat with stiletto booties and oversized sunglasses

Hugging her petite frame, the trench
almost worked as a dress, although Victoria was sure to have another
stylish number hiding underneath.

Pouting as she made her way past
photographers, the 38-year-old star undoubtedly put fellow fliers to
shame in the ensemble, clearly more concerned about style over comfort.

Her hair tied back into a low
ponytail, Victoria accessorised the look with a large gold watch and a
vamp manicure, a swath of gloss dotted onto her lips.

Her outing came two days after Leona Lewis made a fantastic fashion mishap in London on Friday. 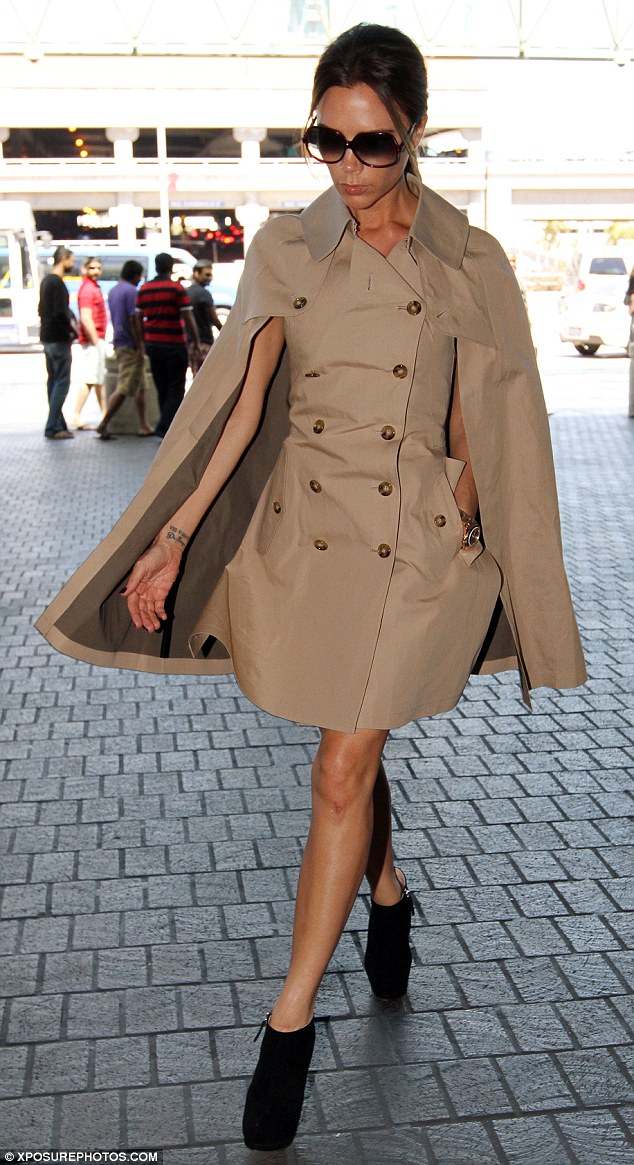 Victoria’s kind of casual: Her hair was swept back into a no-fuss ponytail – but she still looked pulled together

The 27-year-old was draped in an
oversized trench coat as she exited La Bodega Negra restaurant in the
city’s SoHo district.

Leona wore black tights and heels,
but the dress underneath her coat was barely visible, and her outwear
swam over her frame for an overall messy
look.

Victoria meanwhile has a busy week ahead.

She is rumoured to be attending the
debut of Spice Girls’ musical Viva Forever, but has so far only teased fans about a
possibility of a reunion with her former bandmates at the event. 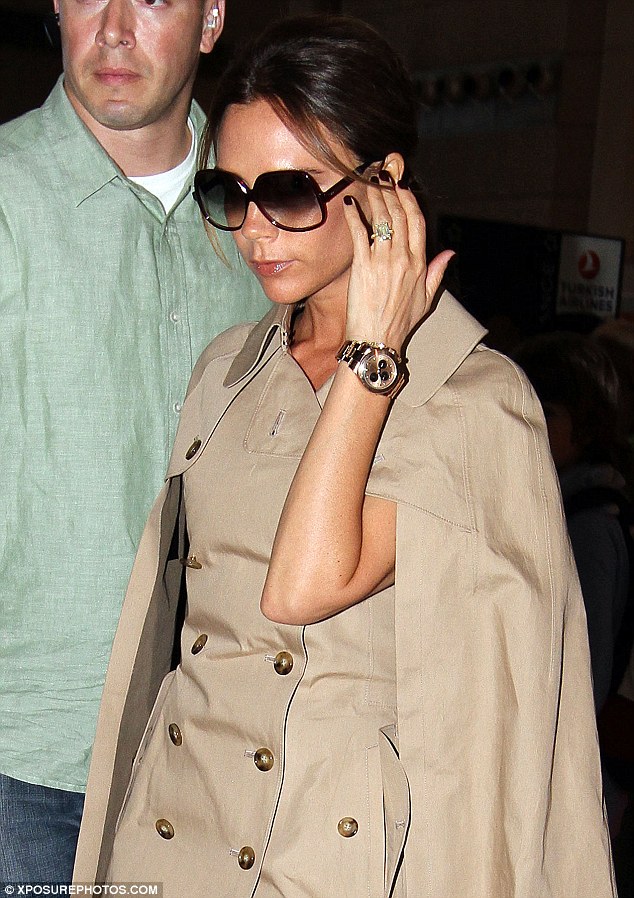 She wrote on Twitter yesterday about a ‘big event’ in London, asking fans to choose which of two outfits she should wear.

Fashion press: The winged concoction was slightly wrinkled in the back

The Bad Mahama We All Avoided

There Are Losers Within

© Ghanamma.com All trademarks and copyrights on this page are owned by their respective owners.
MORE STORIES

Flying Eagles defeat Tanzania, progress to next round